BUILDING SOUNDS:
A handiwork proposal based on Art / Therapy / Education
From natural resources and scrap metals to sophisticated elaboration of sonorous vehicles.
Among many brazilian instrument makers, Roberto Luis Castro stands out for being an artist who looks for balance between freedom of exploring and creation whitout any obligations excepts for his own intuition and, at the same time, the possibility of fill the gap on on specific sonorous instrument industry,
attending the notorious lack of school and music therapy nucleus.
ROBERTO LUIS CASTRO


Graduated in Composition, Regency and Music Education at Federal University of Bahia, Brazil. Walter Smetak, among other music masters (Ernst Widmer, Lindembergue Cardoso, Jamary and Alda Oliveira, Hamilton Carvalho Lima, Carmen Mettig), was his teacher at music school that has as main mentor the conductor Hans-Joachim Koellreutter, from Freiburg, Germany. Since 1979, Roberto has been developing a workmanship activity as educative method in music therapy and music education, teaching children how to use natural resources or even garbage to produce and play simple musical instruments. His achievement of research and musical instruments building consists in a significant contribuition to the art, education and therapy development context. 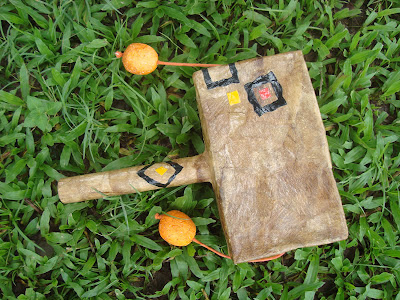 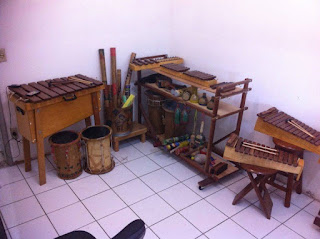